The Truth about Pit Bulls – Who is ultimately to blame 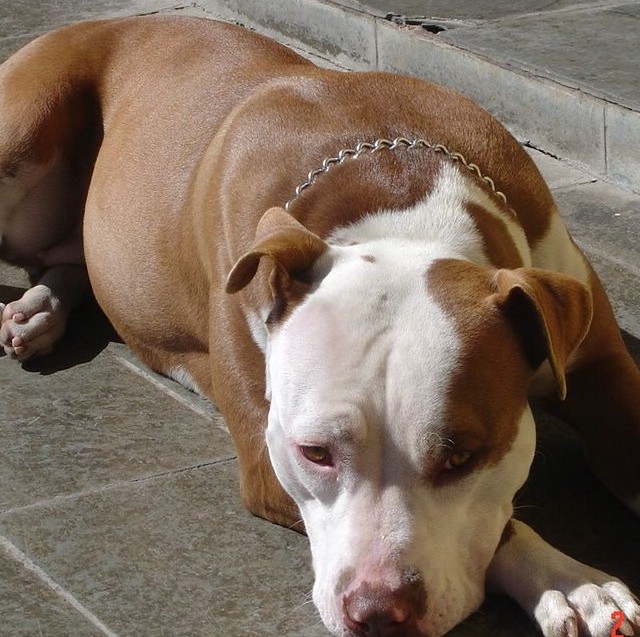 What Is a Pit Bull?

There’s a great deal of confusion associated with the label “pit bull.” This isn’t surprising because the term doesn’t describe a single breed of dog. Depending on whom you ask, it can refer to just a couple of breeds or to as many as five—and all mixes of these breeds. The most narrow and perhaps most accurate definition of the term “pit bull” refers to just two breeds: the American Pit Bull Terrier (APBT) and the American Staffordshire Terrier (AmStaff). Some people include the Bull Terrier, the Staffordshire Bull Terrier and the American Bulldog in this group because these breeds share similar head shapes and body types. However, they are distinct from the APBT and the AmStaff.

Because of the vagueness of the “pit bull” label, many people may have trouble recognizing a pit bull when they see one. Multiple breeds are commonly mistaken for pit bulls, including the Boxer, the Presa Canario, the Cane Corso, the Dogo Argentino, the Tosa Inu, the Bullmastiff, the Dogue de Bordeaux, the Alapaha Blue Blood Bulldog and the Olde English Bulldogge. Think you can accurately identify a pit bull? Test yourself by following this link: http://www.understand-a-bull.com/Findthebull/findpitbull_v3.html.

The pit bull’s ancestors hail from England and were brought to North America by English immigrants. These descendants were bred from the bulldog, which some breed historians believe originally served as a “gripping dog” for hunters of large game. (The term “bulldog” does not refer to the American Kennel Club’s English Bulldog. This more recently developed breed serves as a loyal companion rather than a working dog.) Later, bulldogs were likely used as butcher’s dogs and helped control large livestock. Eventually, these dogs were bred to participate in an inhumane blood sport called “baiting.” Spectators found it highly entertaining to watch bulldogs pitted against bulls, bears and other large animals. During these violent events, one or more dogs were expected to attack another animal, biting it around the face and head. The dogs usually maintained their grip until the animal became exhausted from fighting and loss of blood. After animal baiting was banned in the early 1800s, people began pitting dogs against each other, and the cruel sport of dog fighting was born. As it grew in popularity, enthusiasts developed a lighter, more agile dog for the fighting ring. Some people bred their bulldogs with black and tan terriers, creating dogs who were only 25 to 30 pounds. Others may have simply selected smaller bulldogs for breeding purposes. These dogs were the forebears of the present-day pit bull.

Most experts agree that today’s pit bull is a short-coated dog characterized by a wide skull, powerful jaws and a muscular, stocky body. But there is great variation in the pit bull’s appearance. Typically 35 to 65 pounds, some weigh as little as 25 pounds, while others tip the scales at 80 pounds or more. Some have bulkier frames and colossal skulls; others have leaner, more muscular bodies. All are strong and athletic. With their impressive stamina and staunch work ethic, pit bulls enjoy a variety of activities, including agility, disc dog competitions, flyball, freestyle and competition obedience. They often excel in weight-pulling contests and schutzhund. Some pit bulls work cattle in herding trials, and some still function as hunting dogs.

Dog breeds are characterized by certain behavioral traits. Each breed was developed to perform a specific job, whether it be hunting rabbits, retrieving downed birds, herding livestock or sitting on people’s laps. When developing a breed, breeders select only those dogs who perform their job best to produce the next generation.

Physical abilities and behavior are both important facets of any breed. A well-bred dog should have both the physical attributes necessary to perform his job and the behavioral tendencies needed to learn it. It’s not surprising that individuals of a specific breed tend to look and behave somewhat similarly. However, it’s important to realize that even though a breed may be characterized by certain behaviors, individuals of the same breed can vary tremendously. Some dogs are courageous, while others are timid. Some dogs are tenacious, while others are easygoing. Some dogs are sociable, while others are aloof. Like people, all dogs have unique personalities.

The Influence of a Fighting History

When two dogs fight, the conflict is usually ritualized. The objective is for one dog to win the disagreement with little or no bloodshed. The participants try to intimidate each other by engaging in plenty of dramatic-looking behavior, which may include posturing, circling, growling, showing teeth and snarling. Bites delivered during a fight are typically inhibited because the point is to cause pain but not necessarily to inflict serious injuries. Pit bulls have been bred to behave differently during a fight. They may not give warning before becoming aggressive, and they’re less likely to back down when clashing with an opponent. When provoked, they may become aggressive more readily than another breed might. Sometimes they don’t inhibit their bites, so they may cause injury more often than other dogs.

Should You Keep a Pit Bull Away from Other Dogs?

Pit bulls were genetically selected for their fighting ability. What does this mean? It doesn’t mean that they can’t be around other dogs, that they’re unpredictably aggressive or that they will always fight to the death. These are all common myths about pit bulls. It does mean that they may be easily encouraged to fight with other dogs.

The best way to prevent the development of aggressive behavior toward other dogs is to focus on early socialization. To learn how to interact, play and communicate with members of their own species, dogs of all breeds need to be well socialized during puppyhood. If a puppy has many good experiences with other dogs, any future unpleasant experiences will have less of an impact on him. Suppose a puppy is playing with another dog and the play escalates into a fight. This is relatively normal, and most well-socialized puppies will still want to play with other dogs afterward. If, on the other hand, the puppy has had very few experiences with other dogs, a spat may make a bigger impression on him. He may decide that he doesn’t like other dogs, and that feeling may contribute to fearful or aggressive responses to them when he matures.

Pit bull puppies may need even more socialization than other breeds. Numerous positive social experiences can teach a pit bull puppy to enjoy the company of other dogs. Frequent social interaction may also help pit bull puppies modify their natural play style, which is often more rough-and-tumble than that of other breeds. However, because of pit bulls’ natural tendencies, a little squabble between friends can turn into a serious fight, even if a pit bull has been very well socialized. And, after experiencing a fight or two, a pit bull may become testy with unfamiliar dogs in general. Some pit bulls, like individuals of many breeds, only remain friendly with dogs they meet during puppyhood—which is another great reason to make sure your pit bull puppy makes plenty of friends.

Are Pit Bulls Dangerous to People?

Despite the fact that pit bulls were bred to fight with each other, early breeders took pride in producing dogs that were trustworthy and friendly to people. Handlers bathed their opponent’s dog before a match, stood in the pits with the battling dogs and often pulled them apart to end a fight. Any dog who behaved aggressively toward a person was culled, or killed, to avoid passing on such an undesirable trait. Pit bulls typically lived in their owner’s homes, where they earned the nickname “nursemaid’s dog” because they were so reliable with young children. In fact, “Pete the Pup,” the children’s friend from the old TV series “Our Gang,” was a pit bull.

Why the Bad Rap?

Sadly, the pit bull has acquired a reputation as an unpredictable and dangerous menace. His intimidating appearance has made him attractive to people looking for a macho status symbol, and this popularity has encouraged unscrupulous breeders to produce puppies without maintaining the pit bull’s typical good nature with people. To make matters worse, irresponsible owners interested in presenting a tough image often encourage their pit bulls to behave aggressively. If a pit bull does bite, he’s far more likely to inflict serious injuries than most other breeds, simply because of his size and strength. A pit bull bite is also far more likely to draw media attention. Many dogs of other breeds bite people, but these incidents almost always go unreported. They’re just not exciting enough fodder for television and print.

Despite this bad rap, a well-bred, well-socialized and well-trained pit bull is one of the most delightful, intelligent and gentle dogs imaginable. It is truly a shame that the media continues to portray such a warped image of this beautiful, loyal and affectionate breed. Pit bulls once enjoyed a wonderful reputation. Some of the most famous dogs in American history were pit bulls. A pit bull named Stubby, a decorated hero during World War One, earned several medals and was even honored at the White House. During duty, he warned soldiers of gas attacks, found wounded men in need of help and listened for oncoming artillery rounds. Pit bulls have been featured in well-known advertising campaigns for companies such as Levis, Buster Brown Shoes and Wells Fargo. The image of a pit bull, which was considered a symbol of unflagging bravery and reliability, represented the United States on recruiting and propaganda posters during World War One. Many famous figures, including Helen Keller, President Theodore Roosevelt, General George Patton, President Woodrow Wilson, Fred Astaire and Humphrey Bogart, shared their lives and homes with pit bulls.

Modern pit bulls can still be ambassadors for their breed. Some are registered therapy dogs and spend time visiting hospitals and nursing homes. Some work in search-and-rescue. Tahoe, Cheyenne and Dakota, three search-and-rescue pit bulls from Sacramento, California, worked tirelessly at the World Trade Center during the aftermath of 9/11. Others, like Popsicle, an accomplished U.S. customs dog, work in narcotics and explosives detection. Still others serve as protection or sentry dogs for the police. The majority are cherished family members. Pit bulls become very attached to their people, and most love nothing better than cuddling on the couch or sleeping in bed with their pet parents (preferably under the covers)!