A Bait Dog’s Journey To Hell and Back 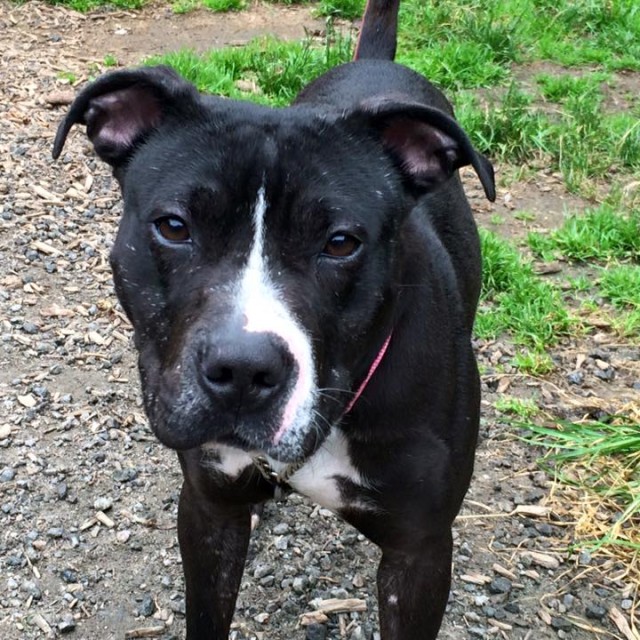 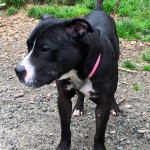 It is said that the eyes are the windows to the soul and if you look into Rizzo’s eyes, you see an old soul in a beaten and broken body. Poor dear, darling Rizzo has endured more abuse, torture and suffering in his 4 years than any living being should ever be subjected to.  Rizzo was a “bait dog”.  Bait dog is a term that is often used in the media when talking about dog fighting rings.  Although it is great that the media is bringing these things to light, some terms are often overused and desenitizes us to what it actually is, and what it actually means.  If Rizzo could talk, he would tell you what it is like to be a bait dog.  What it’s like to be used to train the fight dogs how to kill another living thing.  But Rizzo doesn’t need to speak because the scars on his body, the little white “spots” on his face which are teeth marks that can never be erased, the chucks of his missing tail, they all tell the story of what it’s like to be a bait dog.  The coughing and wheezing fits he get into when on leash if he pulls even the slightest bit, the collar pressing on his damaged windpipe. The broken teeth in his mouth tell us what it’s like to be chained in the basement of a building, how desperate one becomes to get free and to break the cycle of abuse that he spends every waking minute that he is chained chewing through that chain in the hopes that he will break free and get away.  His ribs sticking out and his spine protruding on his back tell us of meals he has missed, of nourishment that he didn’t receive.

For reasons we will never know, he became useless and was dumped on the streets of Montreal.  After almost being hit by a car, a well meaning good samaritan picked him up and deposited him at a shelter.  A shelter not unlike Queenie’s, another shelter that is overrun with unwanted pets, a shelter that runs at peak capacity with every other dog being the misunderstood pit bull.  With people circling those shelters looking for their next bait dog.  A high kill shelter which gives them mere days to catch the eye of a family looking for a pet.  Who would want a dog that looks like Rizzo?  A dog that must be vicious because of all the fights he looks like he gets into.  A kind lady that makes it her duty to go and check these shelters on a regular basis, to make note of the ones that are going to slip through the cracks, go unnoticed, that are the highest risk of being killed found Rizzo, paid his pull fee and paid for his initial vetting.

She contacted a rescue who put Rizzo out there for all to see and hopefully help.  We found him and stepped up to offer him a safe place.  This set off a chain reaction that has left us awed and inspired.  So many people rallied behind this little dog, found transportation for him, by a few different people, from Montreal to Bracebridge.  We couldn’t wait to meet this dog that inspired so many people to join forces and see him to safety.  We are delighted and so fortunate to call Rizzo a “Carter dog”.  He charms and wiggles his way into everyone’s heart with his love, affectionate, playful nature, and of course, the absolute best kisses in the world – PIT KISSES!!! If you haven’t been kissed by a pit, you haven’t truly been kissed.