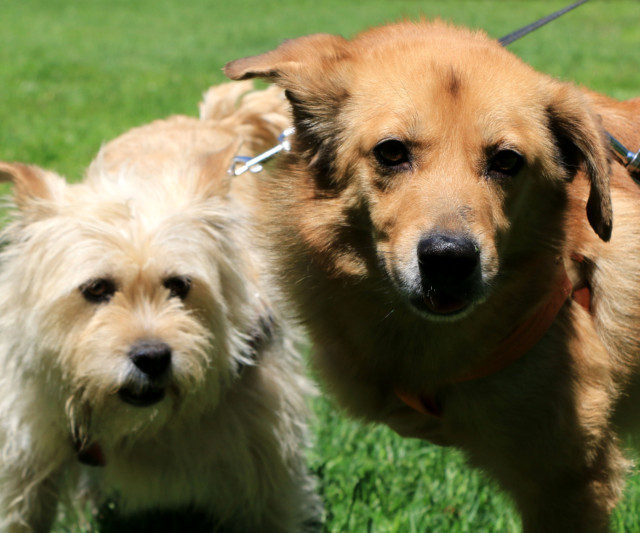 Update 28 June 2017 – Cooper is now fully recovered from his surgery and is doing so very well.  He and Lola are now ready for their forever home.  This bonded pair are simply adorable together and will make a great addition to your family!
Update 18 June 2017 – Cooper has had his surgery and is recovering very well with his foster mom and Lola by his side!  Such a sweet pair!
Meet Lola and Cooper. This bonded pair have had a rough start in life and have made their way from China to Carter’s today. We don’t know how long these two ran the streets in China with no human or home to call their own, but when rescued it became apparent quickly that they were deeply bonded and that Lola loves Cooper and Cooper loves Lola. When they were found, Cooper had suffered a horrible injury to his paw and as a result had to have his paw removed. Lola would not leave his side and remains his best supporter and very loyal companion.  Cooper will require further surgery to revise the stump to ensure proper healing and this will be done prior to their adoption.
These two did really well with their rescue humans in China and are now looking for a home together in their new country. They are described as sweet and loving, not only with each other, but with all the humans that have shown them kindness throughout their journey.
If you are interested in adopting this amazing pair (if only dogs could talk) complete an adoption application . They must be adopted together.
Adoption fee is $700 and includes micro-chip, spay, neuter and up to date vaccinations.